Week Two of the F45 Challenge

Week two is over and I can honestly say I’m proud of myself for not being tempted. I went to a boat party for a 30th birthday where alcohol was provided FREE, and instead of sneaking a glass, I took my almond protein shake on board and poured that into a glass instead, disguised as Baileys- same colour FYI. I resisted the Doritos and Lays crisps which my friends were nibbling at while I watched on in envy, I just kept thinking I’ve come this far, why ruin it now.

The second week was fine apart from one afternoon of hunger when I ate my food too early before meetings, then had a five hour gap from snack to dinner with a workout in between. I didn’t pass out, I just drank more water and enjoyed my dinner after the gym, before hitting my bed hard. I haven’t cheated on the plan at all, prepping for every single meal and sticking to my exercise 5-6x per week. 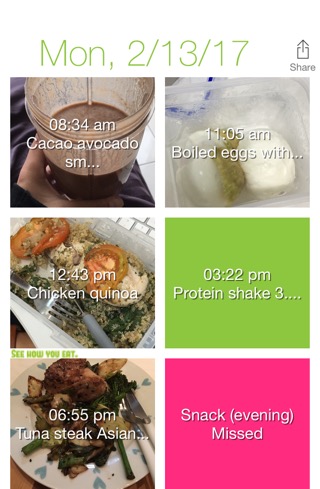 I’ve been sleeping solidly every night for 9 hours and apart from one day I’ve felt satisfied throughout. There was one day I felt a bit of an egg overload and was too full all day, probably doesn’t help that I’m intolerant to eggs, but I’m ignoring my intolerances (mainly cows milk, nuts and eggs) during this challenge to just see if I can make my body overcome it, so far it’s not been too bad. Luckily there’s no cows milk in this plan because I don’t just despise the taste, my gut absolutely hates it too.

Now I’ve done my cleanse and liver detox phase, and I’ve lost 8lbs on the scales, that’s 4kg or just over half a stone, it has also meant I now fit into jeans I haven’t fit into for 18 months, pretty bloody chuffed about that.

So now I’m on week three which is super high protein to get me lean. It’s reintroducing red meat which I haven’t touched for two weeks, and I’m to have a variation of eggs every day for breakfast.

So far so good.